Court Action is a Last Resort

Court actions have always been a last resort to reach our goal of protecting the Rosebud River Valley in a conservation easement. Unfortunately, both the Municipal Government Act and the rules of the Court of Queen’s Bench create very narrow windows for starting court actions that are about this kind of municipal government decision-making. If concerned citizens don’t act quickly and start court actions, time will have passed and those concerned citizens will never be able to take the matter to court if it can’t be resolved by reasonable discussions.

So, even though there are court actions started about this development, the best way to resolve this disagreement would be open communications now and we would welcome discussions with Kneehill Council and County staff.

As you know, the lawsuits (ASP lawsuit and DCD Bylaw lawsuit) were supposed to be heard by the Court in June 2014. Instead, Kneehill County and Badlands decided to engage us in a procedural fight that delayed the lawsuit and had us in Court in June 2014 and again in December 2014 to fight over what legal label should be attached to our 2 lawsuits. What they were really after were the Planning and Environmental Reports that we had attached to our court documents (Affidavits). Kneehill and Badlands wanted the Reports and the documents they were attached to, struck out.

So instead of a June 2014 hearing on the merits of our 2 lawsuits, Kneehill County and Badlands had us in Court in June and December 2014 arguing about what documents we could show to the Court.

In December, the Court of Queen’s Bench Judge decided to strike out the Affidavits and the reports that were attached to the Affidavits. That wasn’t what we were hoping for, but the good news is that Cliff Wallis’ report was submitted to Kneehill County as part of the DCD bylaw public hearing in early December 2013, and many of the submissions made by our group at the same hearing included much material from Pat Maloney’s reports. So striking the Affidavits doesn’t make any of the reports invisible to the Court.

Going forward, we remain strong in our resolve that Kneehill County’s decision and decision making process were fundamentally flawed.

In our view, the two public hearings (ASP and DCD Bylaw) quite obviously showed that surrounding residents and Rosebud supporters far and wide were solidly opposed on a multitude of legitimate grounds. We came prepared to discuss and debate and share information.

Instead, we spoke, but there was no discussion and no debate. It certainly seems ironic that at one point Kneehill County was telling our group that we ought to be getting our own expert reports. Having done so, Kneehill and Badlands then fought for 9 months to keep those reports from being presented to the Court by us.

We are not sure what Badlands and Kneehill County won when they got the Court to decide that only their copy of Cliff Wallis’ Report could be shown to the Court when we get to the merits hearing. 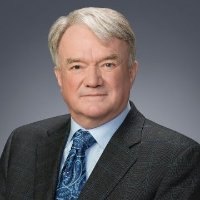 Hi,
For those of you who have been following our fight with Kneehill County over its approval of the Bad Lands Motorsports project in the Rose Bud River Valley, we previously legally challenged the Bad Lands Motorsports Area Structure Plan as not conforming to either the Kneehill Municipal Development Plan or the Provincial Land Use Policies. Subsequently, on January 14, 2014, the municipal council for Kneehill purported to pass a direct control land use bylaw to implement the area structure plan. In response, we have filed a challenge to the land use bylaw on the basis of substantive procedural flaws in its adoption and for lack of conformity with the Provincial Land Use Policies.

We are not certain why the developer wants to put a race track in a river valley as remote as the location they have chosen nor do we understand why the municipal council appears intent on ignoring its own studies which have identified the Rose Bud River Valley as environmentally significant. When the council published notice of a public hearing for the land use bylaw, approximately 100 people spoke against the project while a handful spoke in favor. We accept that planning is not simply a popularity contest but the municipal council appeared to simply endure the public hearing without asking a single question of any of the speakers, either pro or con. They appeared to have already made their decision. As politicians they can ignore their constituents. But, if they are intent on doing so, we believe that they should, as a minimum, adhere to principles of good planning and at least pretend to be interested in their constituents’ views.

In any event, the issue of protecting environmentally significant areas and, in particular, protecting Alberta’s water supply for this generation, as well as those to follow, has now been adjourned to the Court House in Calgary to be determined based on the provisions of Part 17 of the Municipal Government Act. It’s now in the hands of lawyers and, ultimately, a Justice of the Court of Queen’s Bench.